trav
/
ebb
Fork 0
Code Issues Pull Requests Projects Releases Wiki Activity
the public repo for the e-paper bulletin board. It's a bulletin board that syncs over scuttlebutt :)
You can not select more than 25 topics Topics must start with a letter or number, can include dashes ('-') and can be up to 35 characters long.
14 Commits
1 Branch
0 Tags
28 MiB
Python 98.7%
Shell 1.3%
Branch: master
master
Branches Tags
${ item.name }
Create tag ${ searchTerm }
Create branch ${ searchTerm }
from 'master'
${ noResults } 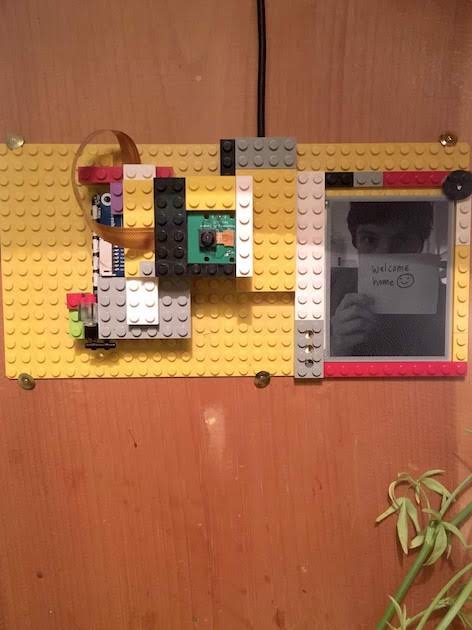 EBB is an e-paper bulletin board that syncs over Scuttlebutt (SSB). EBB is a Slow Web device. As such it is not intended to be fast. Thus users must exercise great patience while operating EBB.

Check out the operators manual (pdf)

This program is in alpha so proceed at your own risk :)

you'll also need a micro-usb cable, usb power supply and materials to build a case from.

Now need to install an ARMv6 compatible NPM. This should work:

If that doesn't work you can read more about installing node on arm v6 architecture. Also the builds are here.


#### clone the repo ideally right in your home directory.

I can't remember how I got ssb-server to work, sudo npm install -g ssb-server throws illegal instruction. Something to do with a woknky version of Node. So my extremely hacky workaround is to unzip ssb-server.zip from the install directory into /usr/local/lib/node_modules/. This is v bad and needs to be fixed asap. SSB-server is made available via the MIT licese.

As long as the EBB repo is at /home/pi/ebb the following service files should be configured fine. Otherwise you gotta edit ssb.service and ebb-carousel.service and update the WorkingDirectory field.

Assuming that's good, from inside the repo run sudo cp install/ssb.service /etc/systemd/system/ssb.service and then sudo systemctl enable ssb.service to get SSB running (and now it will run at boot). Then run ssb-server whoami. This should give you an output like @b4zcVEqkDe8whateverYntH9d/Qd7jUzpEQ044=.ed25519. Copy that line (it's your SSB key), we'll need it for the next step...

replace the values after = with:

setup carousel to run at boot

Now we gotta install the service file for the carousel program.

This part needs a lot of work. To actually sync with another device you're going to need to either run your own pub (I do) or get an invite to a pub. I worry the puny Pi 0 wouldn't be able to handle syncing a ton of people's posts so it seems ideal to run a pub just for syncing EBBs.

Anyway, to connect to other devices you need to run these commands on the command line:

IN THE FUTURE what I'd like to do is have a button that opens a menu with an option to display a QR code of the SSB key of the device. You could take a picture of it, txt it to a friend, and then they could show the QR code to their device and start following you. This is on the roadmap...

Technically it would probably be very easy to tweak this program to be a general-purpose SSB client but for the time-being I like that it only shows photos from other devices. In the future I may enable it to read and write other kinds of posts (text) to/from SSB.

if you managed to get through all that

it should now it be running! If it works well and you're happy and you want to support the development my $ details are on my website. Or if it's not working feel free to send me an email or get in touch on Scuttlebutt, contact details are at that same link. Or you could register an account on git.laboratoryb.org and open an issue?!